The Australian Government has committed $225m to provide 10 cm (or better) accurate positioning to anyone, anytime, anywhere in Australia in the near future. This is a significant improvement from the 5-10 m accuracy you can currently achieve using GPS enabled devices.

In anticipation for the growing use and reliance on positioning technology, the Permanent Committee on Geodesy is leading the upgrade of a number of elements of Australia’s Geospatial Reference System including the introduction of a time dependent reference frame called the Australian Terrestrial Reference Frame 2014.

Australia has traditionally used a static reference frame for its national geodetic datums (e.g. Clarke, AGD66, AGD84, GDA94) to which all spatial information can be consistently georeferenced and aligned.  With a static datum, the positions of features appear to remain fixed despite the ongoing changes in the Earth’s surface including plate tectonic motion (e.g. Australian plate moves ~7 cm / yr).

Australian and International research shows (Allen 2013; European GSA, 2017), however, that there is a rapidly growing user community including Location Based Services (LBS) and Intelligent Transport Services (ITS) employing applications that require real-time, high-precision positioning solutions aligned to a global, time-dependent reference frame, such as the frames in which Global Navigation Satellite Systems (GNSS) operate.  When such applications are aligned to a global, time-dependent frame, positioning and navigation is not only compatible with GNSS, but also more closely reflects the ongoing changes in the Earth’s surface over time.

In recognition of the two use cases for geo-referencing, the Intergovernmental Committee on Surveying and Mapping (ICSM) and the Spatial Information Council (ANZLIC) have endorsed a “two-frame” approach to support users who prefer to use a static datum, while also meeting the needs of those who require a reference frame that accommodates ongoing changes in the Earth.  In 2020, Australia will adopt the two-frame approach, enabling users to work with a static datum, the Geocentric Datum of Australia 2020 (GDA2020), or with a time-dependent reference frame known as the Australian Terrestrial Reference Frame 2014 (ATRF2014). GDA2020 and ATRF2014 will be equivalent at the date of 1 January 2020. Given the diverse range of user requirements in Australia, the choice of which reference frame to use (GDA2020 or ATRF2014) will remain with the user for the foreseeable future.

Time-dependent reference frames are not new – thirteen International Terrestrial Reference Frame (ITRF) versions have been developed and released since the introduction of ITRF in 1988. The World Geodetic System of 1984 (WGS84), the reference frame underpinning the US Military’s Global Positioning System (GPS), is another example.

Propagating between ATRF2014 and GDA2020

A key requirement to ensure the successful implementation of a time-dependent reference frame is that software is able to transform / propagate data from the epoch it is natively captured or stored in, to a user-defined epoch. For most use cases, propagating between GDA2020 and ATRF2014 will be achieved by using the Australian plate motion model (PMM). 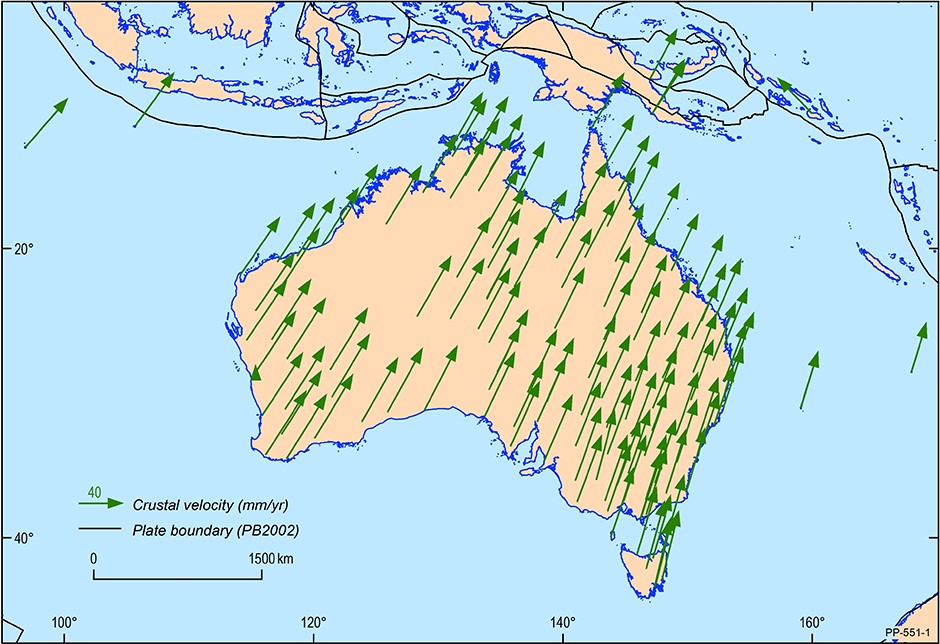 For more information about the development of the Australian PMM and software to implement it, please refer to the following links: